School's Out, The 1981 Bahamas Union of Teachers' Strike

In January 1981, the Bahamas Union of Teachers headed by Ellison K. Minnis (President) and Leonard Archer (Secretary General) lead a three-week strike for improved pay and better working conditions.  It is estimated that about 2,000 teachers took part in the strike, before a settlement could be reached, there would be clashes with police and the arrest of several teachers.

Mr. Archer announced the strike on 5th January, 1981 and public schools across the country were brought to a standstill.  This strike was by no means passive, but confrontational, the Nassau Guardian reported that the teachers, joined by students and members of the public “took Bay Street by storm”.  The crowd paraded around the House of Assembly stating that “We Want Moses” at other times calling for “Judas”.  It must have been a very tense environment with several Members of Parliament and Prime Minister Pindling himself, on one occasion not leaving during the lunch break at the usual time or taking an opportunity to face the crowd (Nassau Guardian 8th January, 1981).

This situation being made more heated by the knowledge that several teachers were arrested, namely Patricia Collins, Charles Wildgoose and Joan Carey (R. M. Bailey Senior High) and Leonard ‘Boston Blackie’ Miller, Elkanah Major, Philip Dorsette and Wade Taylor (Government High School) and later brought before the court.  The Minister of Education and the Prime Minister both claimed that the Government simply did not have the funds to meet the teachers’ demands. Norman Solomon, leader of the Official Opposition however stated that the government “crowed about its projected 25-million-dollar surplus for 1981” “now that same government is saying we broke and cannot meet the teachers’ demands.”

The teacher’s returned to the classroom 26th January, 1981 but only to performed essential duties until a settlement could be reached.  The union returned to the bargaining table 2nd February, 1981 and the strike ended 3rd February, 1981.  The final settlement was $1,200.00 per annum salary increase for all teachers which amounted to the largest increase in the union’s history.  The Union was also able to achieve Hardship Allowance for Family Island teachers, and Government commitment for a renovation scheme.  Mr. Minnis stated that “never before in the history of the Union, has there been so much solidarity on the part of the Union,”.  Mr. Minnis also said “It is the first time that any government department has taken strike action against the government.” Today, the Bahamas Union of Teachers remain one of the strongest unions in the country, but the financial security and benefits which teachers enjoy today, was achieve through the sacrifice, commitment and determination of teachers a generation ago. 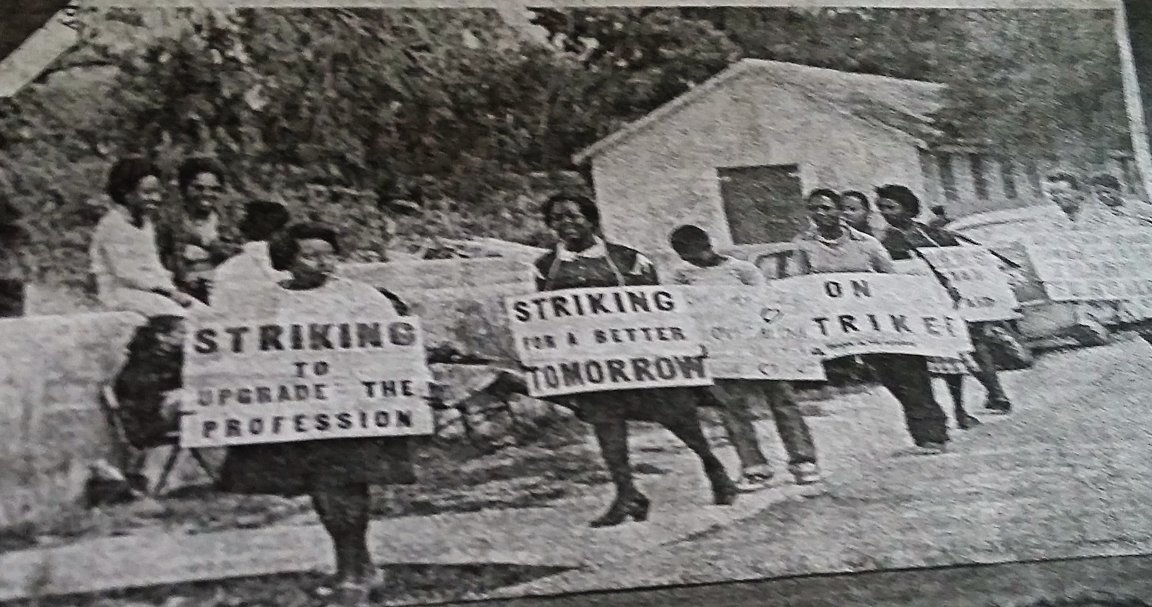